Call on the Legislative Assembly of Ontario to Block Disturbing Anti-Abortion Images! 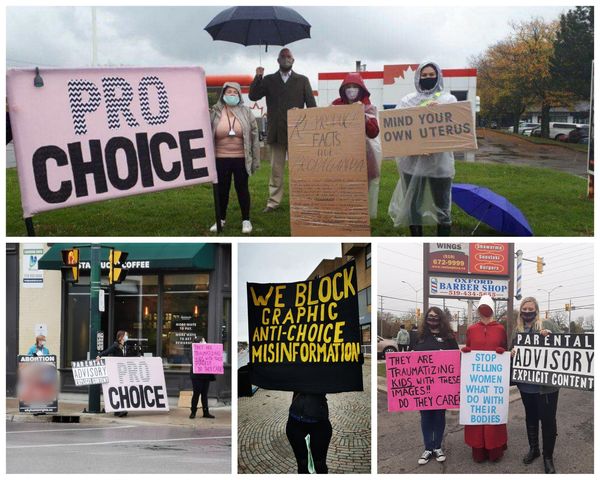 To the Legislative Assembly of Ontario,

Whereas an anti-abortion group, the Canadian Centre for Bioethical Reform, is distributing unwanted flyers to people’s homes and displaying placards on major streets in London featuring horrifying and graphic images of aborted fetuses;

Whereas regularly displaying graphic images on our streets and in our homes is traumatizing, difficult, and misleading for all members of our city have been affected by these grotesque images especially those who have experienced pregnancy loss and small children;

Whereas the display of these images at crowded intersections creates a hazard and distraction to drivers, cyclists, and pedestrians;

Therefore we the undersigned petition the Legislative Assembly of Ontario to support calls for an injunction based on the need to prevent a public nuisance, and should it not be possible to proceed with an injunction to develop and bring forward legislation to prohibit the use of such graphic and disturbing images on flyers dropped in people’s mailboxes or exhibited on placards used in the street.

(A paper copy can be downloaded here)